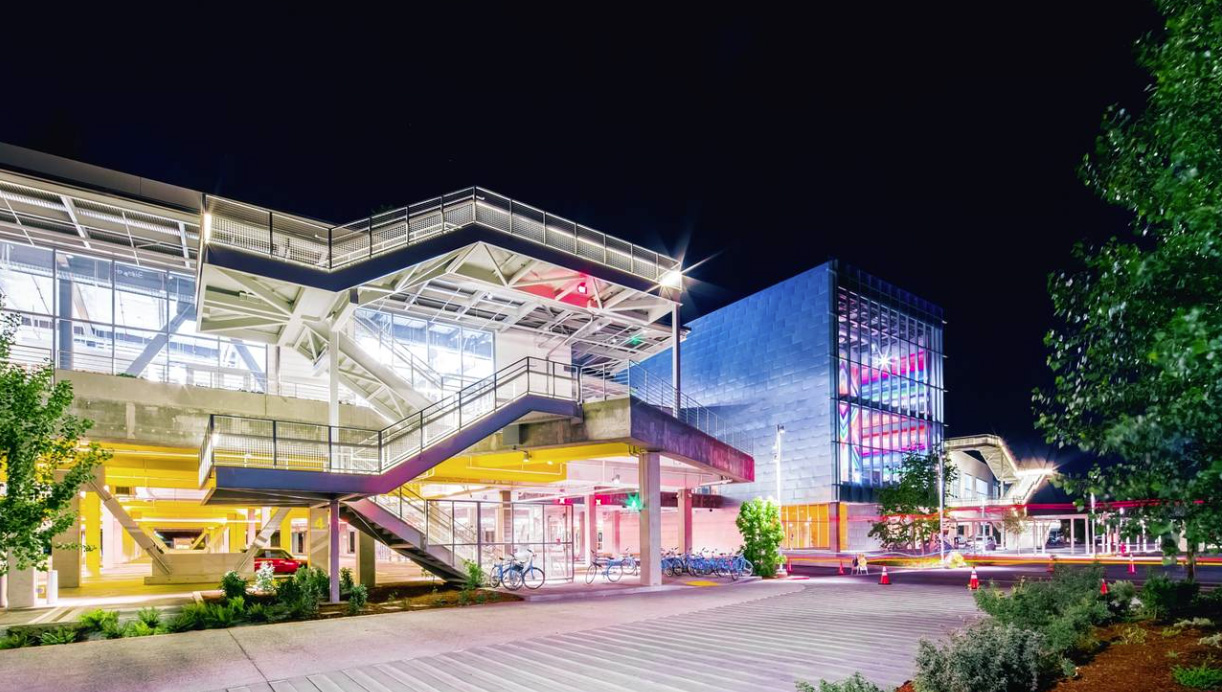 Facebook recently opened their new HQ in California. The Frank Gehry designed building is basically one massive open plan office. It will be the largest open floor plan in the world, housing over 2,800 ‘engineers’.

The Wall Street Journal describes the interior: “Under majestic, 22-foot-high ceilings (more than twice the standard office height), shiny ducts run beneath raw-steel beams from which dangle a profusion of wiring tubes that attach like a mosquito’s proboscis to clusters of six or eight desks. The building space is a soaring fishbowl, a contiguous 434,000 square feet on one floor. No one has a private office, so that everyone, including Mr. Zuckerberg, is on view, accessible. Yet this monumental vastness is surprisingly matter-of-fact, seemingly the product of pure process rather than of design. The no-nonsense metal, glass and white-stucco exterior bumps in and out, punctuated by wide, utilitarian stairways and switchbacking ramps. Only a pair of acrobatic lobby stairways, shimmying in gravity-defying curves and facets of plywood, suggest the hand of the architect.”

So far so hipster. But how will that affect the people who work in the space? Increasingly, research tells us that open plan offices are not the ideal working environment for the majority of people.

Open work environments are supposed to foster greater communication and chance meetings, which in turn would lead to more creativity, teamwork and the breakdown of silos. However, as Forbes Magazine points out, many people who work in open environments have issues with:

Indeed, many researchers are beginning to agree:

As TNW news put it: “Anyone who’s worked in an open plan office – which is most people now – will know how difficult it can be to concentrate with so much hustle and bustle happening around you. Imagine how much harder that’ll be in Facebook’s vast hangar for hackers.”

For now we’ll have to wait to see if Facebook engineers will ‘like’ working in the “largest open floor plan in the world” or whether it will cut their productivity and job satisfaction.