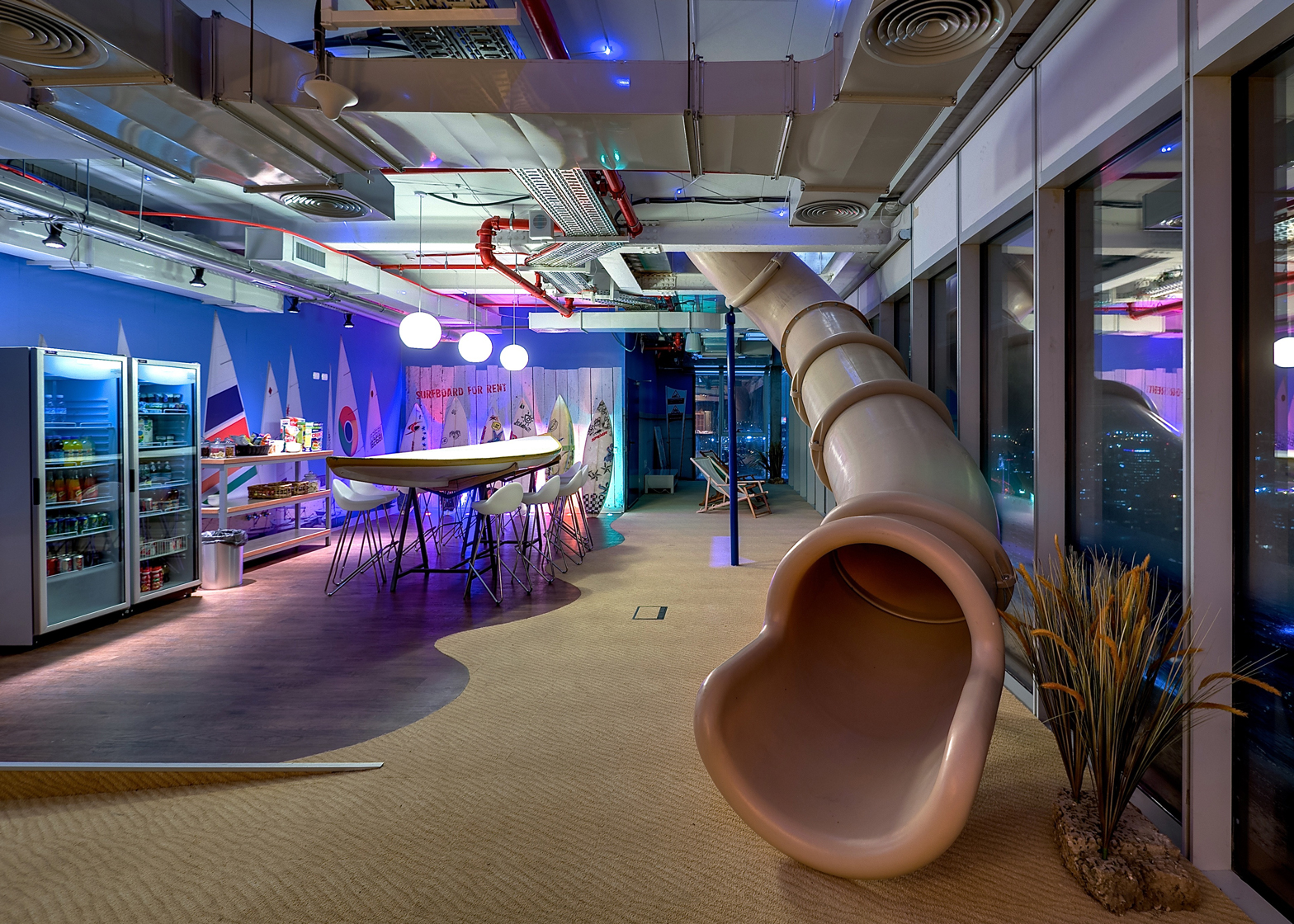 Open plan offices are currently a thing. The idea was to break us out of the tyranny of spaces split up into separate cubicles, to enable collaboration and co working as one big happy family. But what if the kind of work your company does requires individual thought and reflection? Perhaps this one-size-fits-all approach might not be the best way forwards? Design Guru Jeremy Myerson, in a recent article, suggested that Google’s ‘everyone working together in a fun environment’ approach might be having a negative effect on office design in general…

The Google-inspired fad for slides and ping-pong tables has had a damaging impact on the workplace, according to office design expert Jeremy Myerson.

Myerson said the tech giant’s influence had been “detrimental” to good workplace design and said the trend for treating offices as playgrounds is “a very bad idea”.

“I think that the Google effect in the workplace is quite detrimental,” Myerson told Dezeen. “Trying to treat the whole world as though every organisation should be like Google is a bit of a bad idea.”

“One of the things the Google effect has had is the idea that work is somehow a playground and you can infantilise your staff,” he added. “It’s actually a very bad idea.”

Myerson said that the office-as-playground might be appropriate for Google, but other companies should be wary of copying the tech giant.

Instead, businesses should first determine their own organisational culture and then brief designers to create workspaces that support and encourage that culture.

The Google approach is “right for their own company,” Myerson said, but “each company needs its own fit between the physical infrastructure of the office and their own organisational culture.”

“Work’s a serious thing and I suppose the Haworth cultures model is a serious attempt to say that not all companies need a creative playpen,” Myerson said, referring to a research methodology developed by Haworth that helps align workplace design with office culture.

Tech giant Google has pioneered gimmicky office interiors. Its Tel Aviv headquarters has an artificial beach as well as a slide, while one of its London offices features dodgem cars, beach huts and meeting rooms disguised as giant dice.

“‘We want to be like Google’ is a common misconception that clients try to convey to designers, and by that they mean funky offices, playful furniture and ping-pong tables or game rooms,” agreed Haworth ideation manager Gabor Nagy. “Problem is, if the organisation’s culture is not like Google’s, chances are very high that such design conceptions will back-fire: employees hanging out in the game room or playing ping pong while working will not be seen as creative innovators, but more like folks who are sabotaging their daily work.”

Speaking at the Design Indaba conference in Cape Town last month, Fredrik Öst of Swedish graphic design studio Snask said that the famous slides at Google’s campus in California were disliked by many Google employees.

“Everyone hates the slide because it ruins your clothes,” said Öst, who visited the campus to give a lecture. “You go once on the first day and then you never go again.”

Öst added: “If you work close to it you hear people scream constantly because it’s tourists and new employees going in it all the time.”

So the problem is not necessarily with this kind of office design per se, more that people like to blindly ump on bandwagons. At Eos, we try to avoid the fashionable and transient. For one thing, it will quickly become UNfashionable. Secondly, it may not suit every business. The office should reflect the business, making it a more efficienct, welcoming place for people to work, and enhancing, not hindering their job. Office design should come from a sound understanding of the people that will be working there and what they need. Not everyone needs a slide…